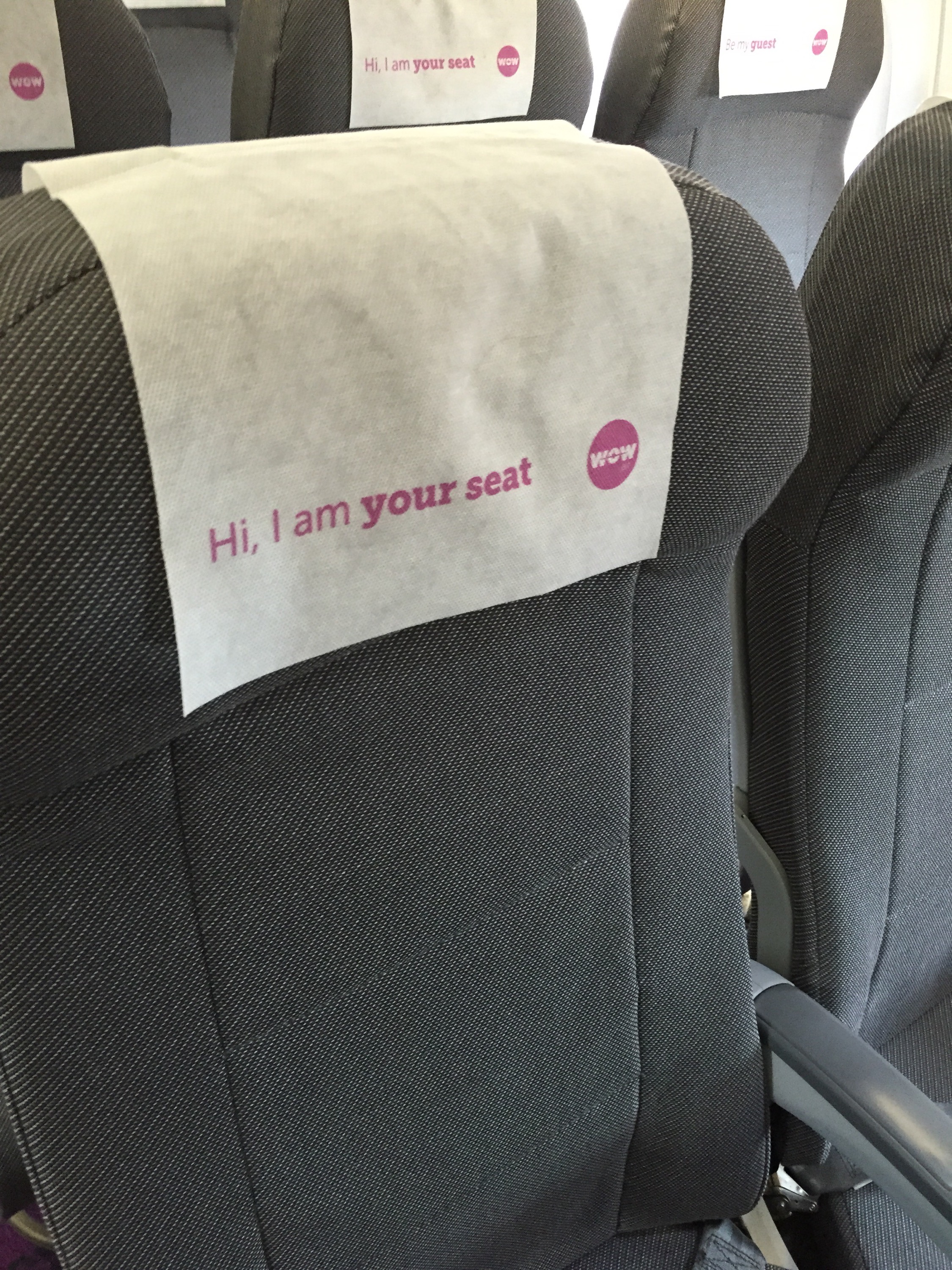 Wow Air flies out of Boston & Baltimore so we had to find a way to get to one of those airports.  We used Delta Skymiles to reposition to Boston.  Normally, I wouldn’t recommend this strategy as it results in a much longer travel day – we left Lexington very early (6 am) to make sure we had enough time to cover any possible delays.  Since we are changing airlines we would not be protected if any of the our flights were late or bags got lost on the way into Boston. First leg was Lexington to LaGuardia.  The boys got a kick out of seeing the Manhattan skyline and the critters traveled well. 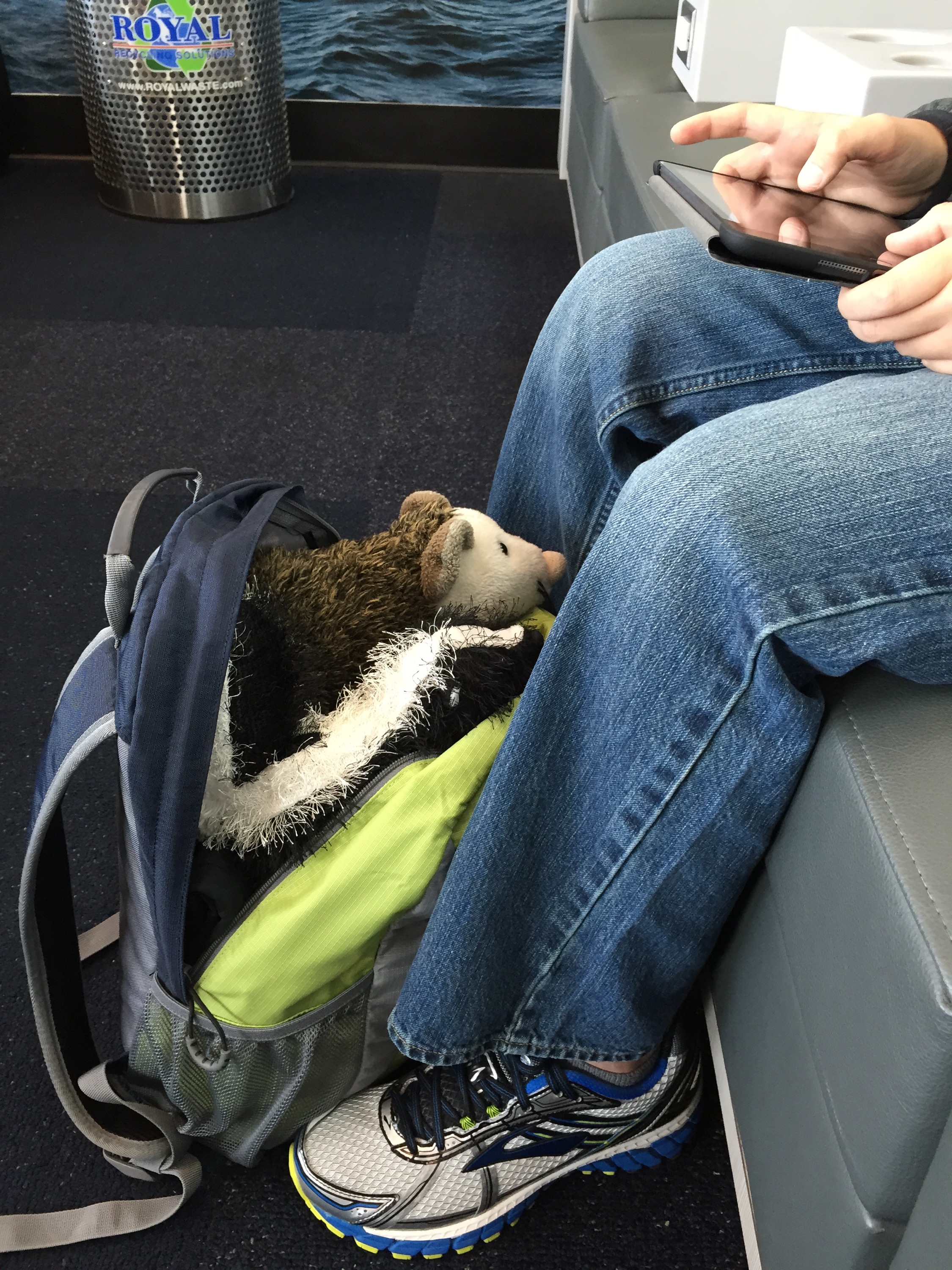 Our second Delta flight was Laguardia to Boston.  After we arrived in Boston around noon we killed some time with lunch and wandering around before the Wow Airlines counter opened at 3:30 pm. 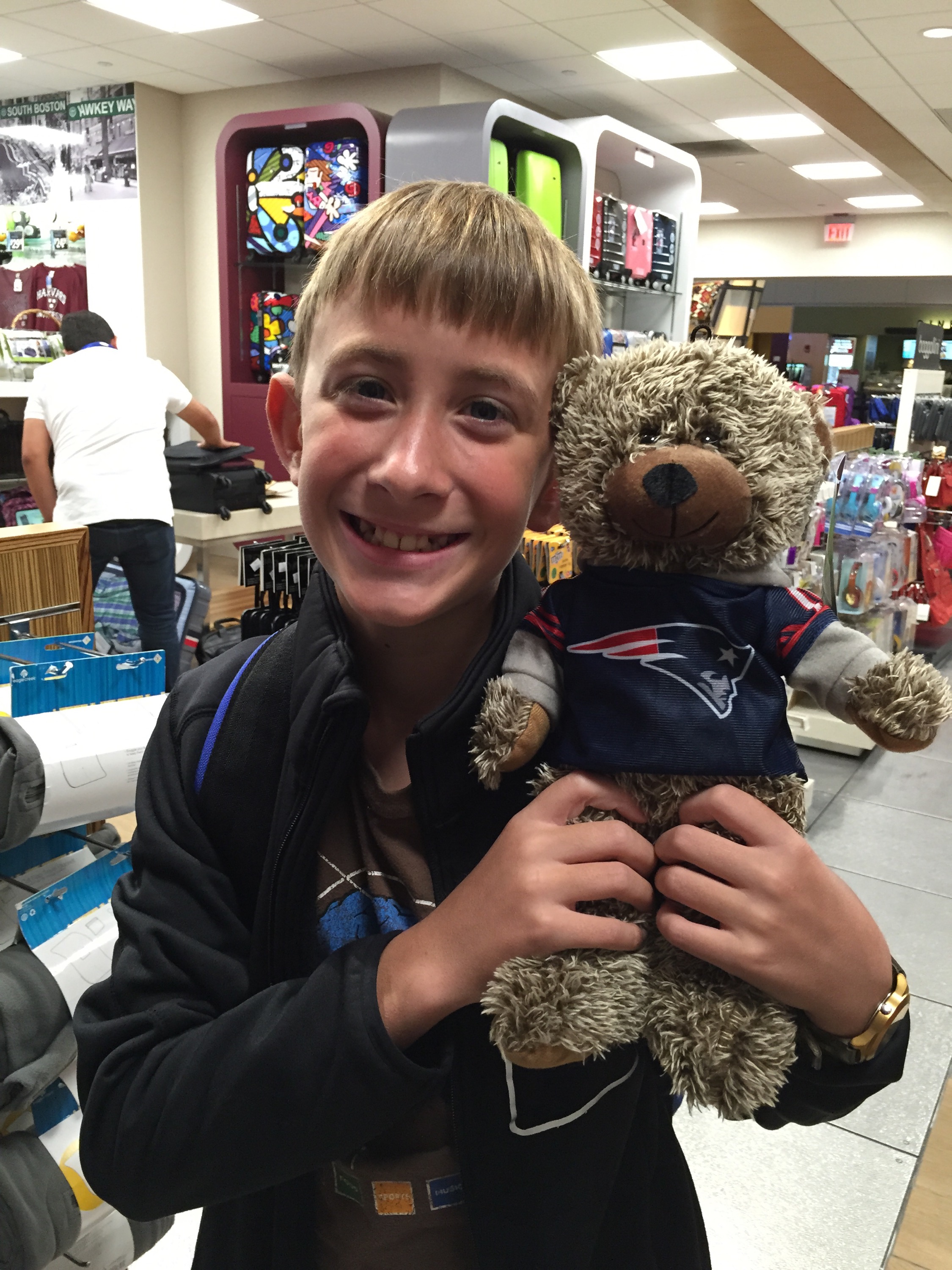 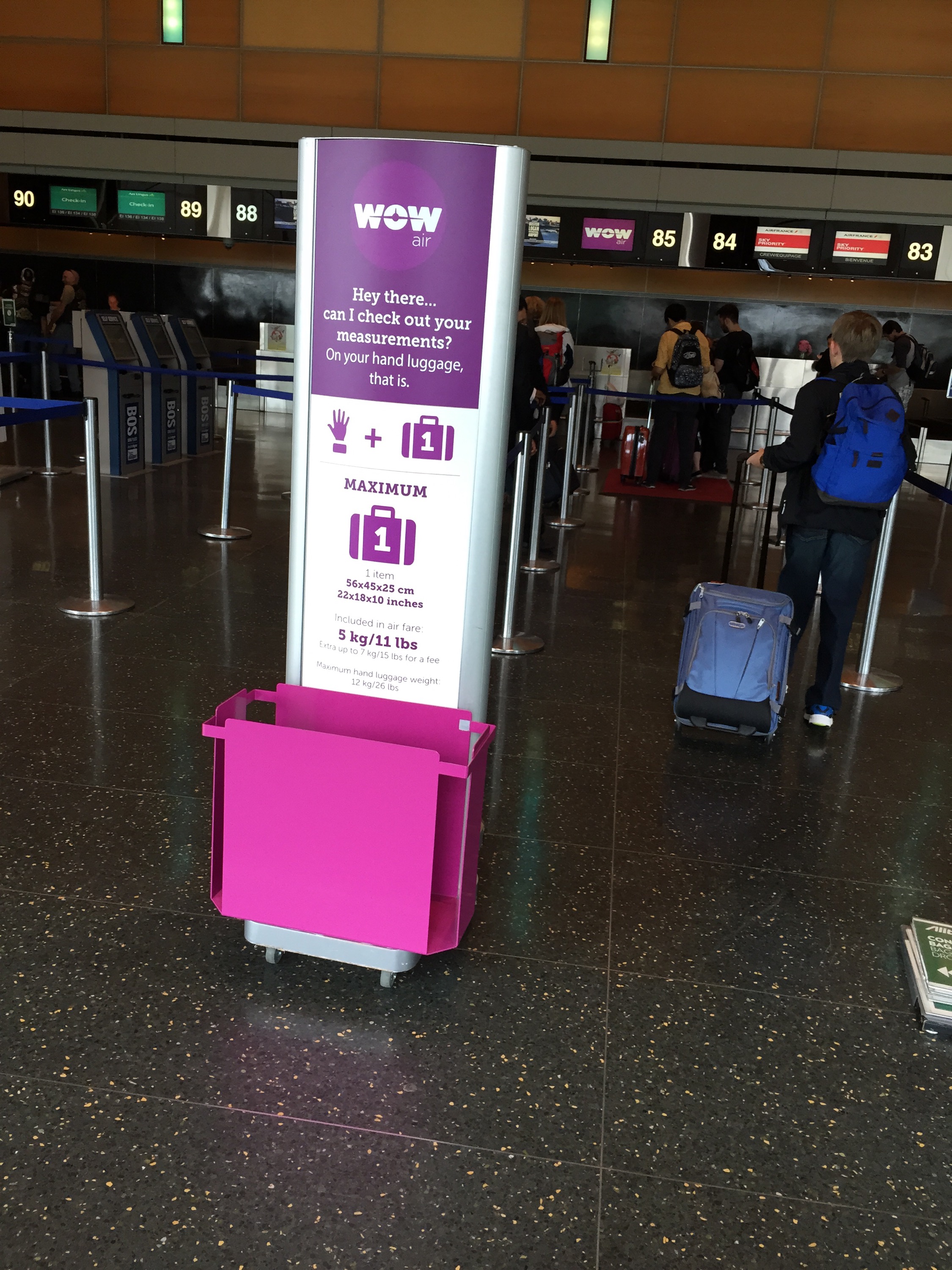 Our careful packing meant we passed the luggage weight test with flying colors!  All the carryon bags were under 11 pounds and earned a special sticker. 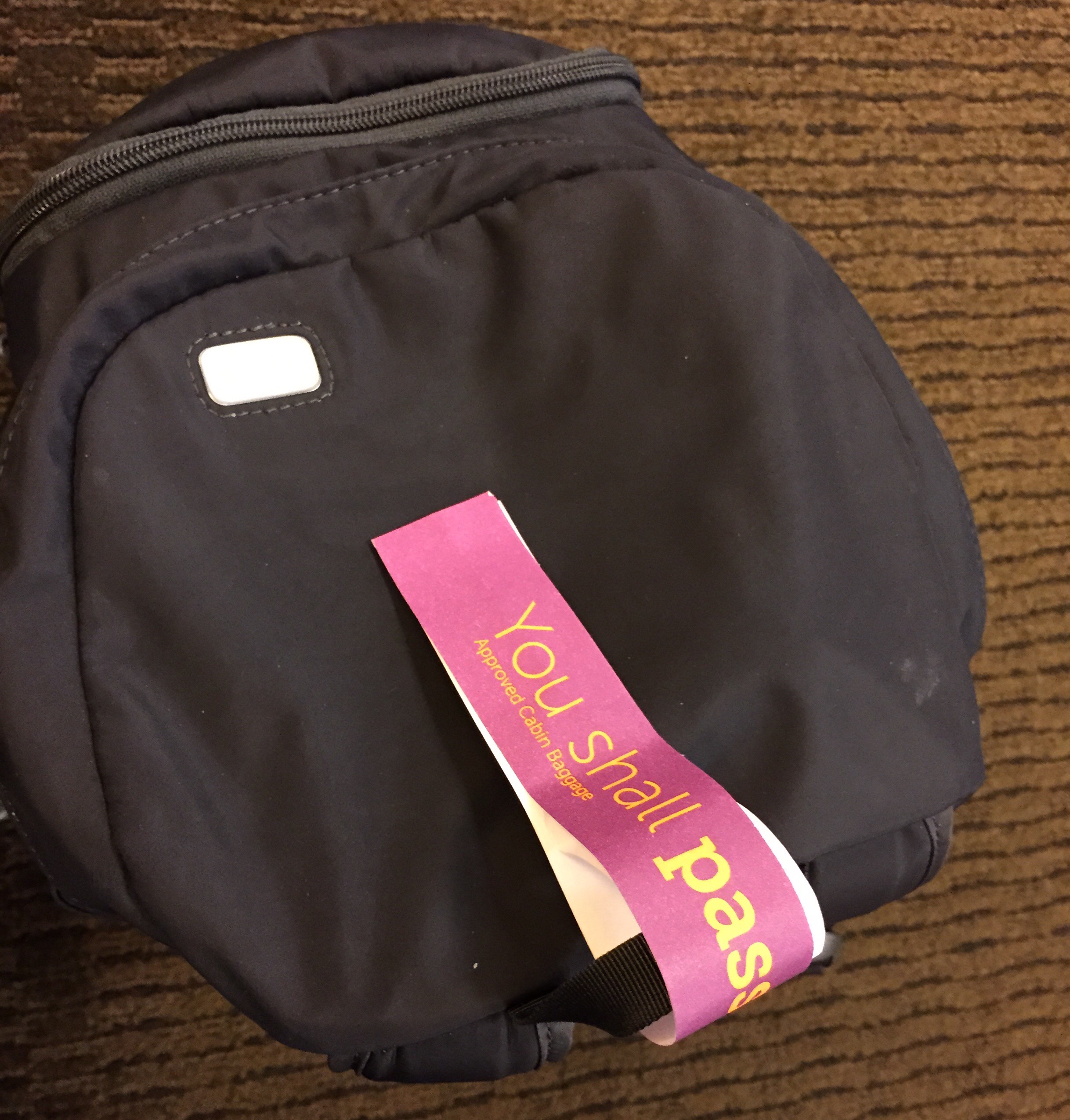 After we checked in, we killed some more time in the Air France lounge.  Admission is a perk of one of our credit cards, but that perk is going away after this year.  Bummer. 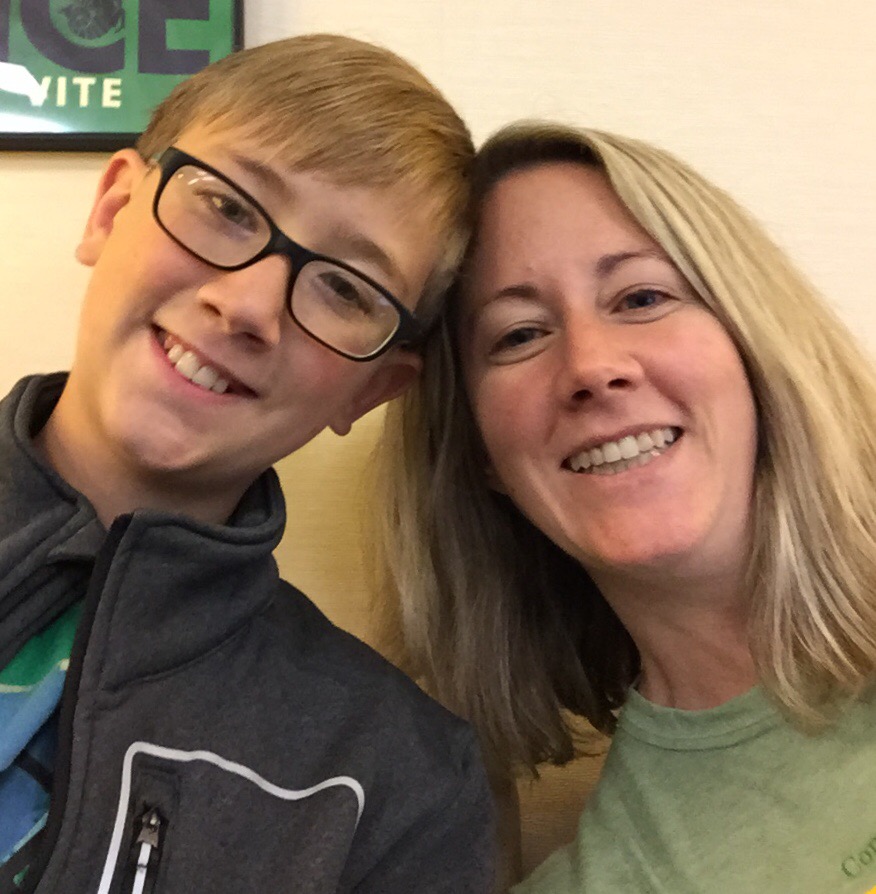 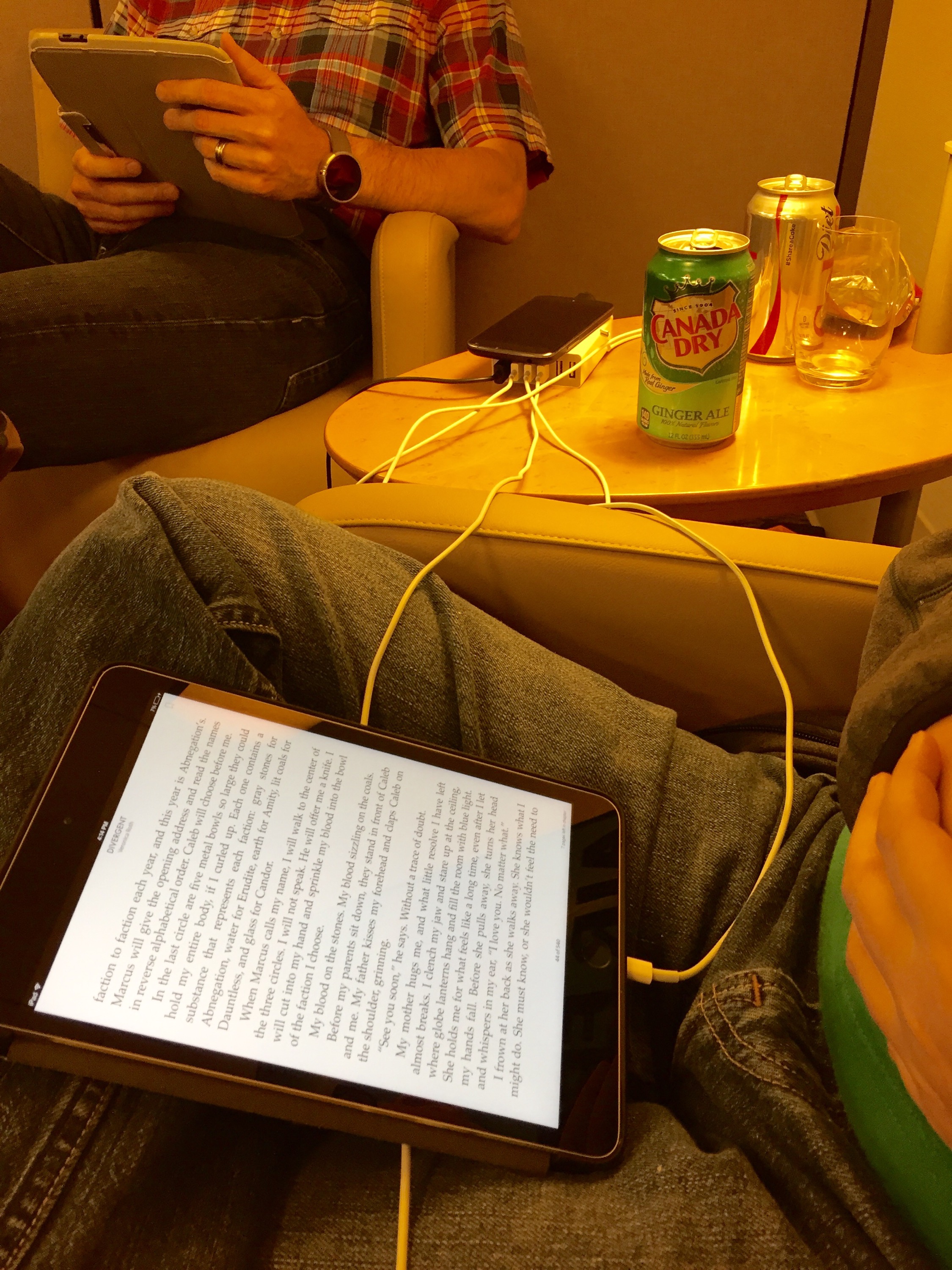 We boarded about 6:30 for our 5 hour flight to Reykjavik. 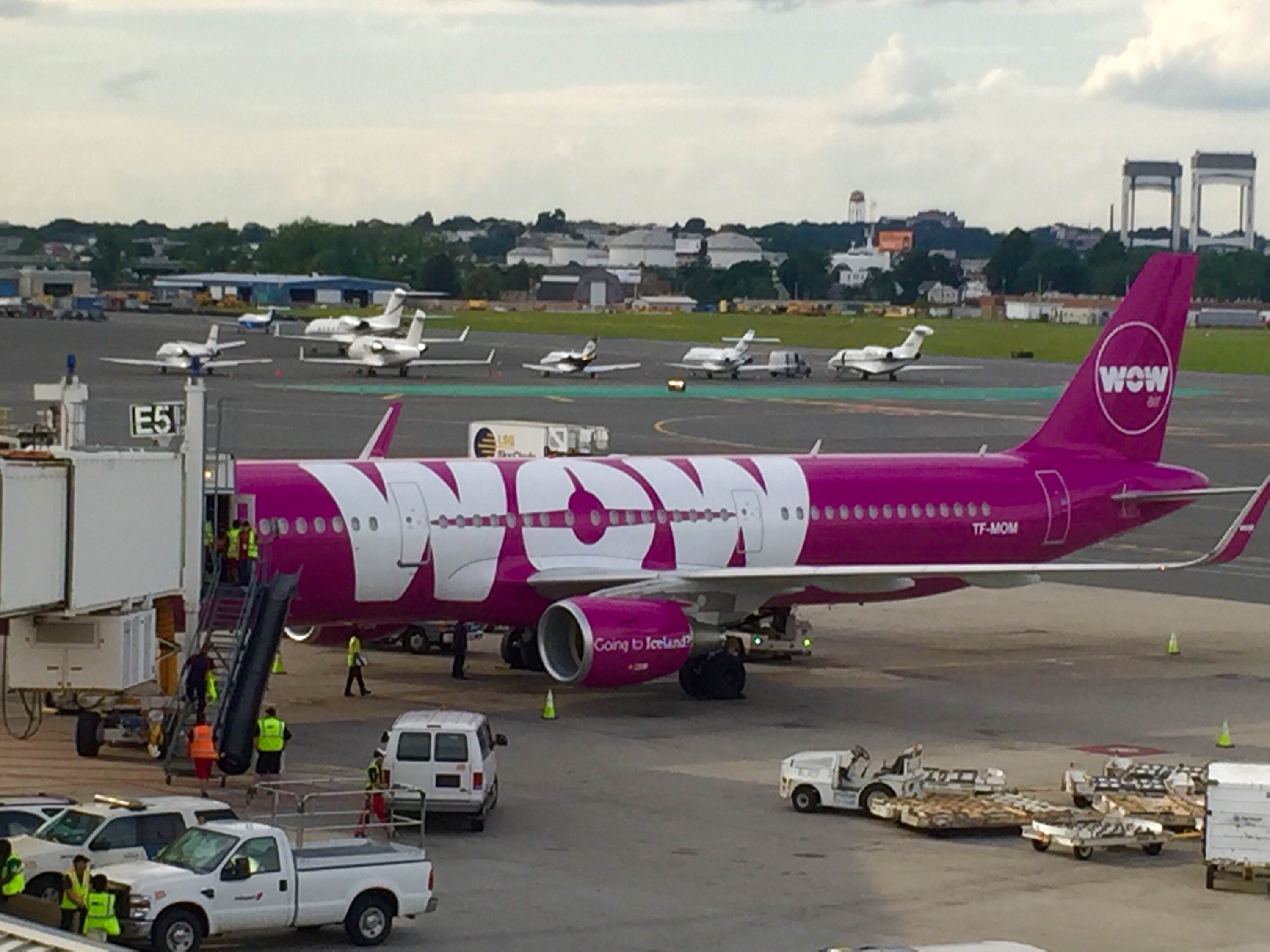 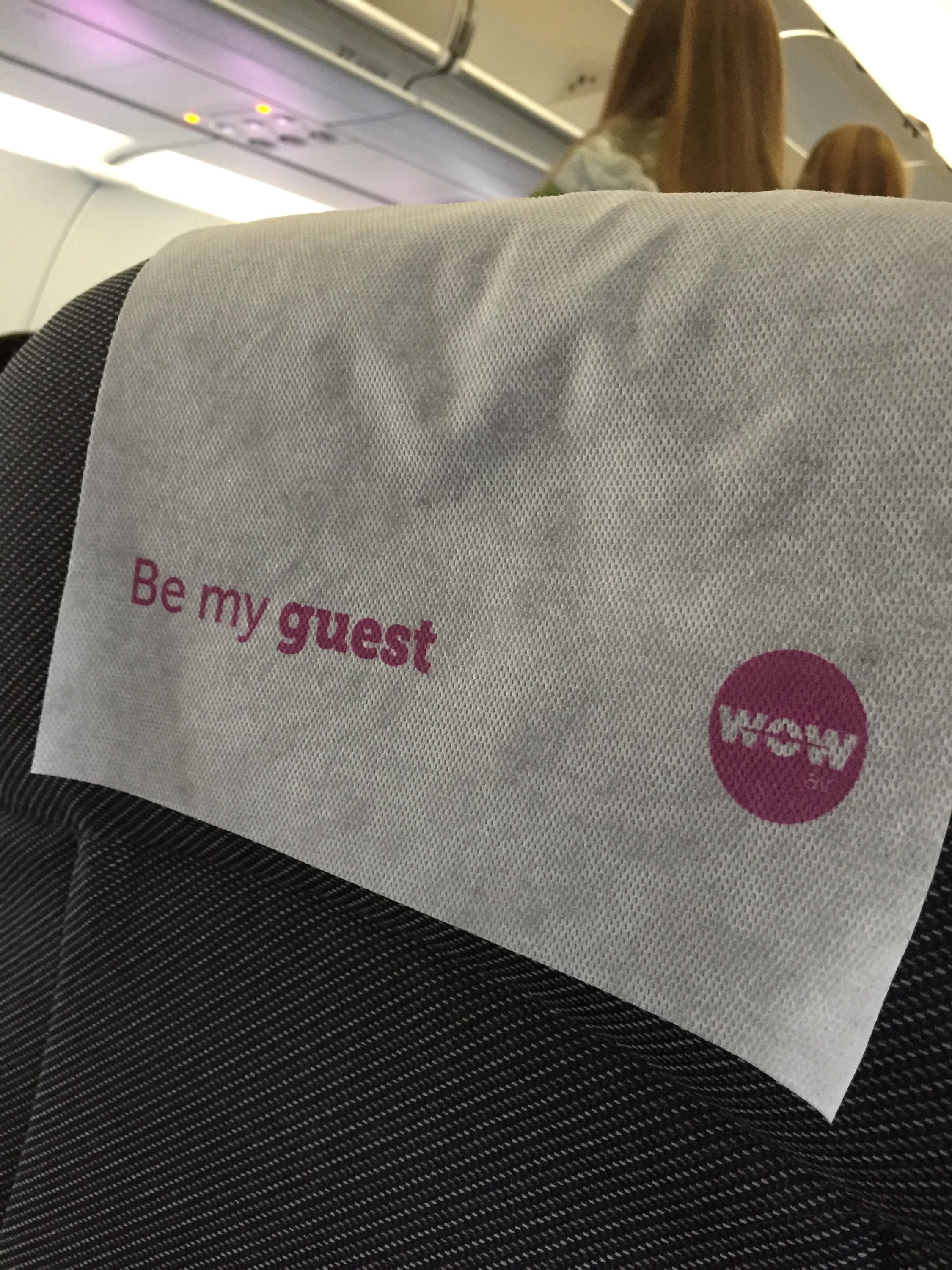 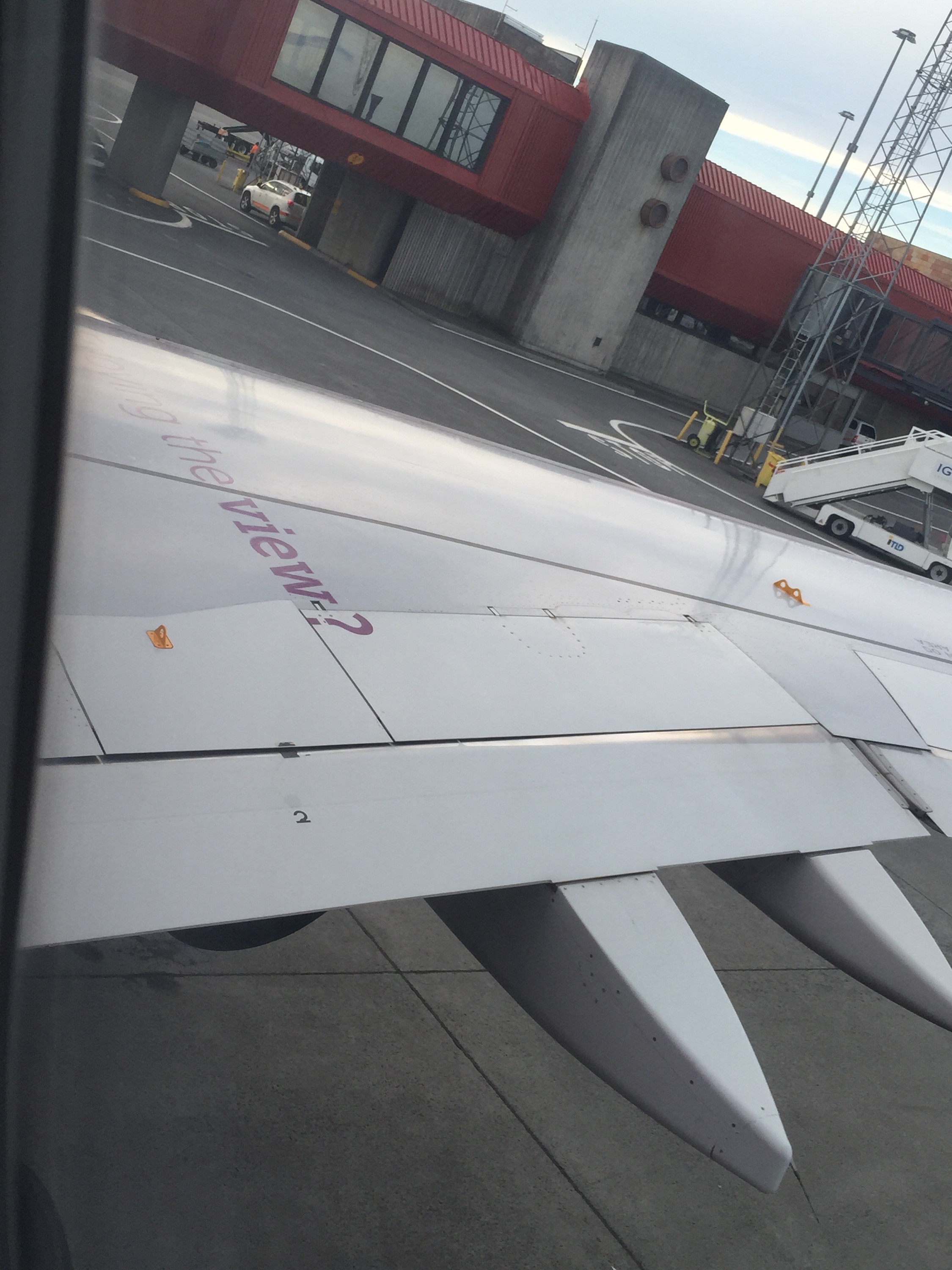 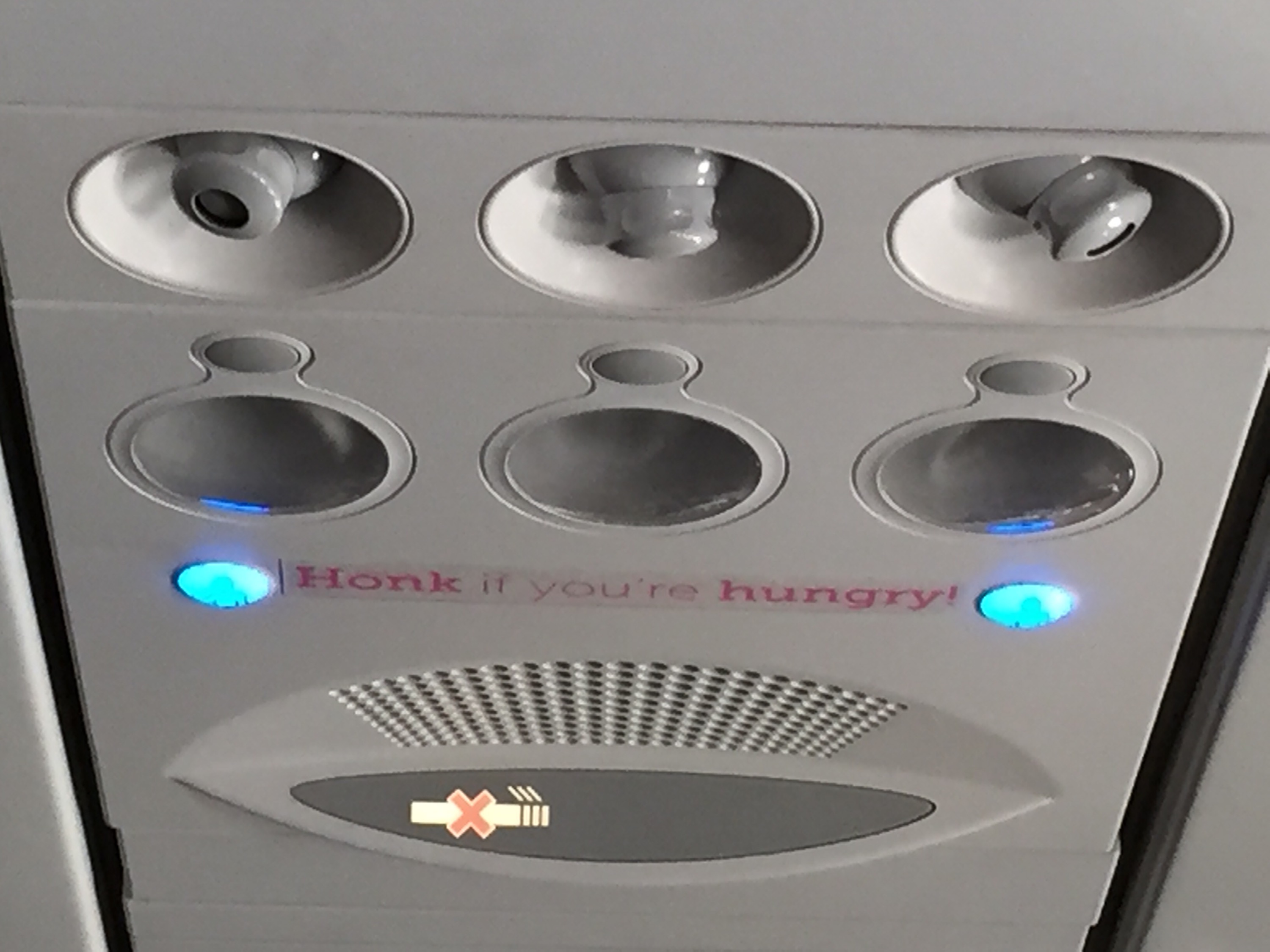 Our layover in Rejkavik was unremarkable.  It was around 5 AM their time.  We did get some food in the food court area, including Skyr. 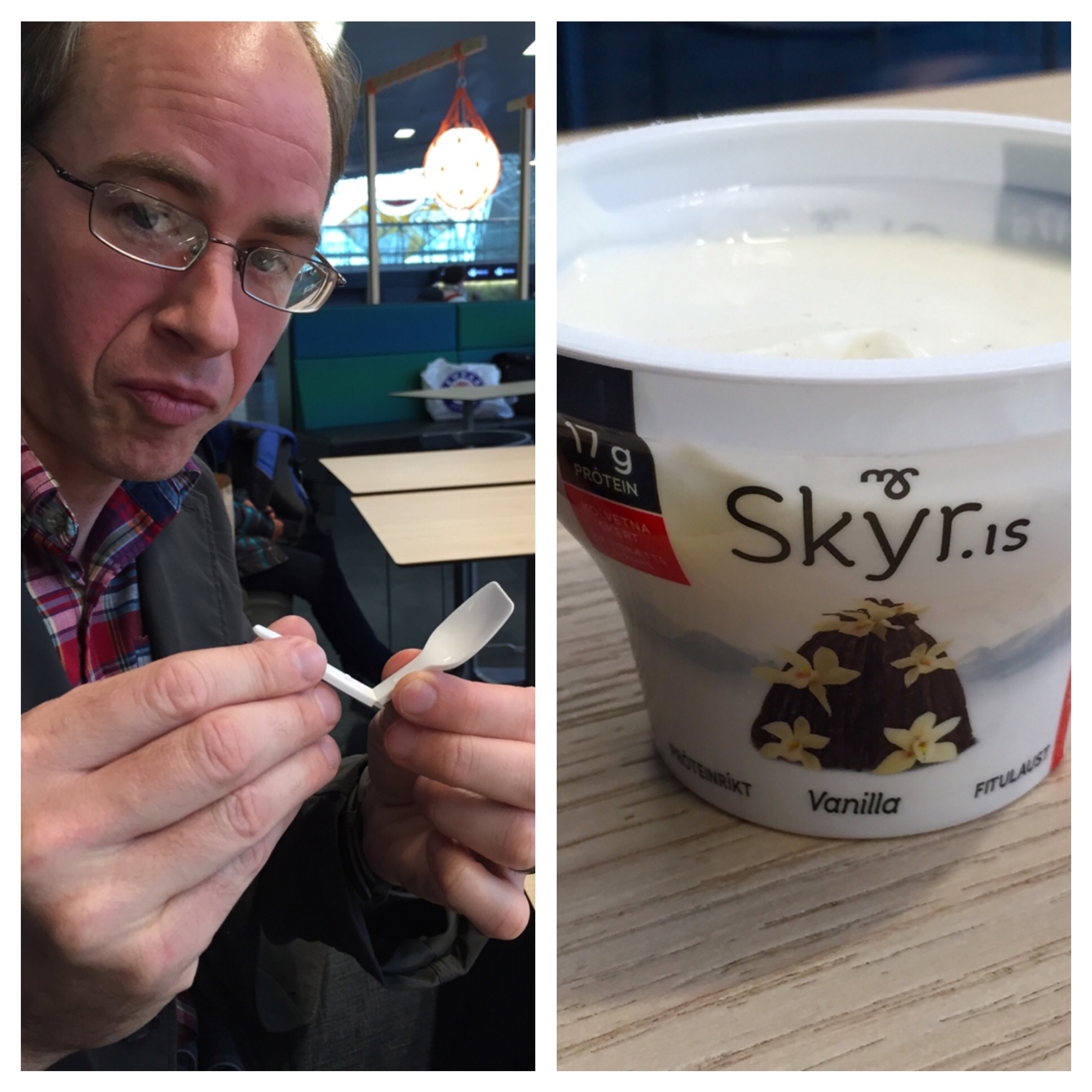 The planes were clean, flights were on-time, and I couldn’t be happier with our decision to try Wow Air.  We did not buy any food from Wow during either flight, nothing is included, but many drinks and snacks are available for purchase.  On the leg from Reykjavik to Copenhagen, there was an Icelandic TV show on the monitors but I was totally passed out.  I was sitting with the boy who was just determined he was not going to sleep and he was successful until the final hour of the last flight. When we finally landed in Copenhagen, it was about 26 hours after we were dropped off at the airport in Lexington.  If we’d flown Delta all the way, the trip would have been more like 16-18 hours.  We purchased our tickets when Wow first released flights in the US and paid around $640 total round trip per person – that includes seat selection and a checked bag on each flight, so we saved somewhere around $4000 for the extra time spent traveling.  Our Delta flights to get to and from Boston were 30,000 Skymiles each, which I’d value around $300-325 when I think in terms of the number of Skymiles needed for a flight from Lexington to Orlando vs. paying cash. I hope our return from Gatwick to Boston goes just as well.