The 2014 Family Fun Run 5K was my first-ever RunDisney 5K race except for the Inaugural Expedition Everest Challenge in 2008. It comes with an obstacle course & a scavenger hunt, so it’s more like 10K worth of ground covered.  I’ve run 4 Wine & Dine Half-Marathons, the Tower of Terror 10-miler, and the Walt Disney World marathon, but never the 5K races on those weekends.

The race started at 6:15 AM and transportation from the Walt Disney World resorts began at 4:15 AM.  I’m sure we were on the bus by 4:45 at the latest.  This was our first race of the Dopey Challenge!  Dopey runners had one bib and corral assignment for the 5K & 10K and a different bib and corral assignment for the half & full marathons.  For these first two races, Paul was in Corral A and I was in Corral B.  The corrals and start line are at a different place than the half marathon & marathon and there is a separate staging area.  The staging area for the final two races was already set up and some folks gathered there, but soon the DJ moved over to the other stage to get the party going.  It was a bit cool, so we wore extra shirts for a while, then checked our bag and moved towards the corrals. 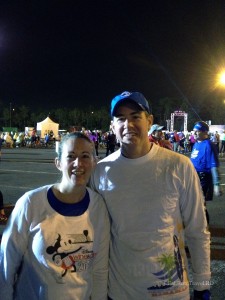 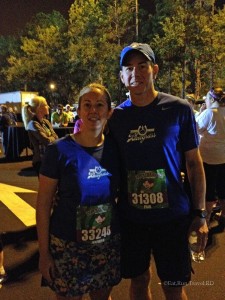 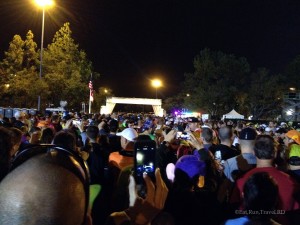 I took this race nice & slow.  I stopped for character photos, something I’ve NEVER done at a RunDisney event before.  I was aiming for a photo with every mile marker during the entire Dopey Challenge.  Stay tuned to see how I did with that. 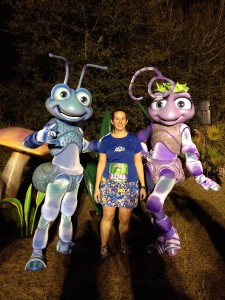 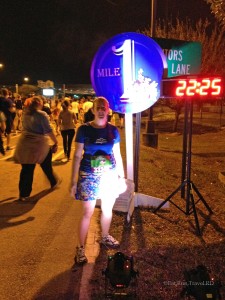 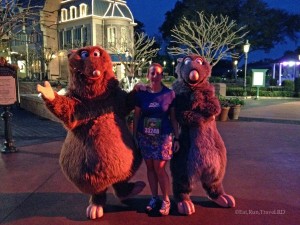 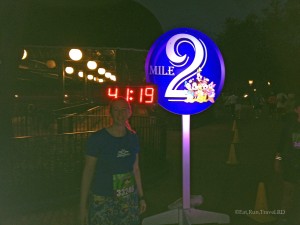 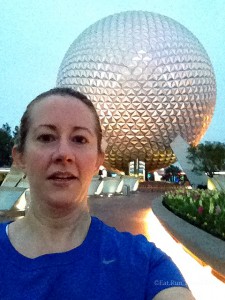 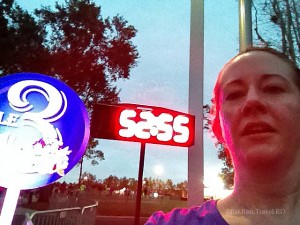 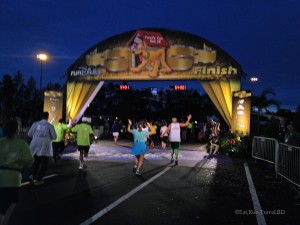 Once I finished the 5K and obtained my Dopey Challenge wristband for the day, I found Paul and we headed back to our resort.  Getting those wristbands was a screwed up mess of long lines and mass confusion, but everything was fixed by the next day.  We spent the rest of the day at the Magic Kingdom and had dinner at Be Our Guest. 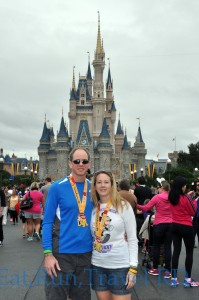 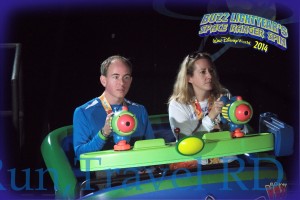 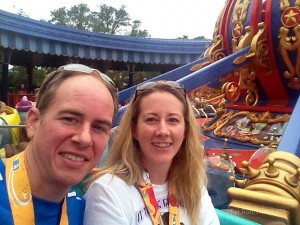